A HIV-Positive Man with Ascites: Discussion

How would you interpret the immunophenotype of the abnormal cell? What are the important positives and negatives?

The abnormal cell is positive for CD79A, but negative for CD20 and PAX-5. CD79A expression precedes immunoglobulin and CD20 expression on B cells, and disappears later than CD20 in the late stage of B cell differentiation. It is therefore useful in distinguishing early B-cell neoplasms (such as precursor B-ALL) and plasma cell neoplasms, which are often characterised by the presence of CD79A and absence of CD20 (Chu et al., 2001).

What is the diagnosis?

The diagnosis is hence likely to be plasmablastic lymphoma. A recent review (from 1997-2014) of plasmablatic lymphoma found the following selected pathological features of PBL: 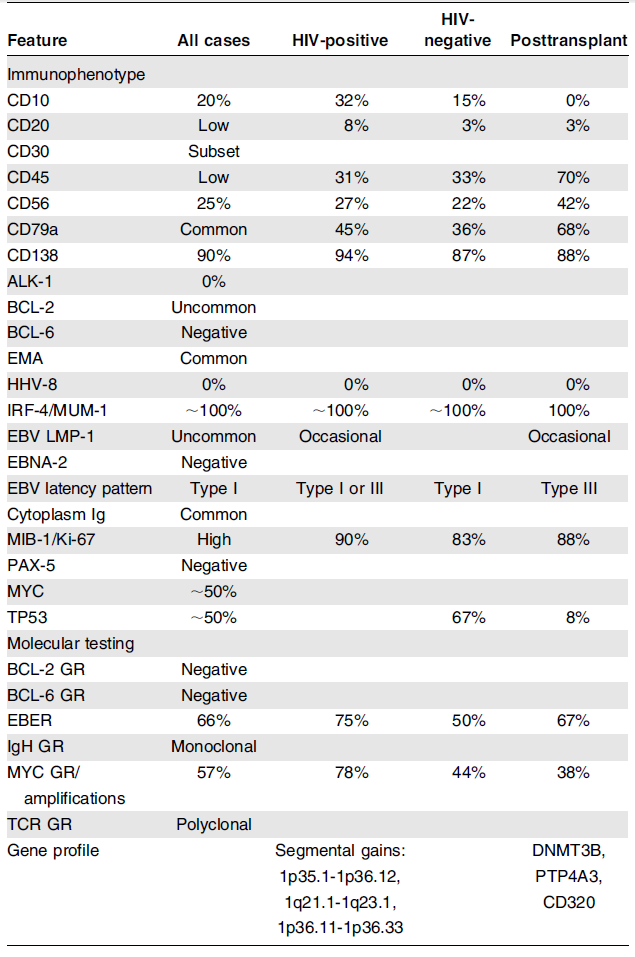 The typical immunophenotype of a plasmablast (source: Boy et al., 2015)

How would you treat this patient?

Regardless of the choice of chemotherapy regimen, this patient requires re-institution of HAART, which has been shown in a meta-analysis to improve complete response rates in AIDS-associated lymphomas (Barta et al., 2013).